My husband and I had a chat on an episode of The Catholic Mama podcast (listen directly to the podcast here  or listen on iTunes, Google Play, or Stitcher) about the latest scandal to rock the Catholic Church. That this kind of evil exists, that others tried to cover it up, is sickening and terrible and no words can truly describe it, how very sorry we are for the victims, their families, and the good men and women of the Church whose reputations have been tarnished by association.

In processing the many emotions of this entire tragedy, Pat wrote an article that I wanted to share here. Why it’s hard being Catholic right now and what we can do.

I guess the first thing I’ll say is just how sad all of this is, just how depressing and sick. I am, however, even sorrier to say I don’t find it all that surprising. While I don’t accept the Church in the state that it’s in, I don’t expect it to be totally otherwise–totally free of sin, or even the most horrific depravity–since the devil, if he were to invade anything, would surely select as his primary target the institution he most heavily detests and put within that institution the most degraded and vile forms of wickedness and perversion a person can imagine, which is what we have here. All that just makes sense to me. It does, however, leave one almost entirely speechless. I feel we have seriously let our guard down. And you’d think this is a lesson we should have learned by now; a lesson taught right at the start. One of Christ’s original apostles, remember, was corrupt, and Jesus made no promises that His church would be nothing but holy. To study history is to learn only of the depravity of man, much of which has coincided with the Church. I have never defended Christianity–and certainly not Catholicism–on the claim that all who’ve asserted to be Christian or Catholic were good people who avoided evil and loved their family and friends at every instance. That would be a losing game. Some of the worst people to ever live were Christian and Catholic, and I believe some of those men are alive today and within the Church this very instant.

So you will get no defense of out me in that regard. The Church deserves better and so does everyone who believes; not only Catholics, but Christians of all affiliations. Whether a Christian is Catholic or not, there is no denying that when evil and corruption go on in any religious affiliation–and especially the Catholic Church–it affects us all. But it is also not the depravity of perverted men who get to define what Catholicism (or Christianity) is, even if they are the ones representing it sometimes on the political or pastoral level. They do no more to teach what the Church is about than any other body in the pew. They are merely a malignancy. A growth that needs to be cut off, or burned if necessary.

So, the question is, why remain? Why continue to be Catholic? Why not leave for some other church or religion and be done with it? Why not just move on already? The answer to that is a fairly simple one, though not entirely satisfying to anybody who does not already agree. That answer is because I believe Catholicism to be true. Even more, I believe the Eucharist to be true. And you simply do not leave your relationship with Jesus because of the sins of Judas, or worse. Rather you rely on your relationship with Jesus to make sense of–and hopefully/eventually make straight–the sins of others. Beyond that, is because I care: I care how this has affected people and ruined lives and possibly even far worse than that. Turning away is too easy. Abandoning the Church is not a sufficient response. Reform must be made and that cannot be done unless we remain to do it. People have lost their sanity because of this; lost their lives and jobs and dignity, as well. The victims deserve justice and they deserve a church that has been thoroughly examined and even more thoroughly cleansed. To put your back to all of this is a show of indifference. I am not a perfect man; I’ve hurt many people myself. But I cannot remain indifferent to this.

I also had no delusions upon coming into the Catholic Church. I studied its history and knew well of all the terrible happenings over the centuries, even with regards to the sex abuse scandal. All of this is horrible. None of it, however, takes me away from the fact that it’s true. But it does vindicate the existence of the devil, that’s for damn sure. Men are fallen and often deceived and seeking of power. Institutions of all kinds, including and especially the religious, are prone to abuse. Never should a person become Catholic because they rely on something run by man. That is a thorough misunderstanding of the faith. A person becomes Catholic because they rely on something that is established and supported by grace, and guided ultimately, through all its unbelievable and sometimes vile adventures, by the principle of the Holy Spirit.

I’m as disgusted at the reports I’m reading as I’m sure every sane-minded Catholic is. This is not only an abhorrent injustice to the people who suffered such abuses over the decades–something that seriously causes one to reconsider one’s stance on the death penalty–but to all members of the body of Christ. Many of my closest friends are priests: Dear, innocent men who truly love and care for people and want nothing for them but a stronger relationship with God. They are now mocked on the streets; lambasted online; called pedophiles and rapists. People who have done nothing but given their lives to Christ and others, their reputations and credentials ruined, because of the wickedness of what has gone on and irresponsibility of those who attempted to cover it up. This is not acceptable.

It is also deeply unfair to Catholics themselves who are asked to give money and bring others into the church. Explaining the gospel and Eucharist is business enough. How also are we to bring others to God through the scandal that is now exposed? These men have made sharing Catholicism, if not an enormously difficulty, an outright embarrassment. To people who don’t know what the Church is about, how are we supposed to get them to see through this? How are we supposed to lead with goodness when there is so much sin in the way? It seems almost too much to ask.

And yet, here I go, pressing forward regardless, because I believe in what the Church is about, even if I am repulsed by so many who are currently in it. I even had, if you can believe it, two people email today saying they went to mass for the first time this week because of my podcast, and were fundamentally moved by it. I can’t tell you how much this surprised me. I suppose I can only mark this down as yet another overpowering testament to the instigative influence of the Holy Spirit. There is no way I could have done that myself; not with everything that is now going on.

Further, I don’t even know how to fix this, aside from saying what I’ve already explained. First, I suppose, is to get the right understanding of the Church, hard as that may be at a time like this, so that we can get the right people in it; to see that the Church is not reliant upon man, even if it is logistically run by man, and its reputation occasionally ruined by man. There is truth there that transcends all the ugliness and despair; truth of such sharp beauty that it cuts through all the muck, mire, corruption, tragedy, and sin. But you have to look for it. You can’t keep your gaze on the surface. Otherwise you will turn away from sheer disgust. You will never see what is actually going on.

Second, is to demand reform and to keep on with it, no matter what. To not stand or wait but to fight. We cannot hope this all just “passes over.” This is not something that just “passes over.” This is something that must be purged. There must be recompense, in some form or other, to any and all who’ve been damaged by this, both within and without the Church. Names must be named and fingers pointed and people dragged out by their collar, if need be. It’s not enough to say this is everybody’s fault. It most certainly is not everybody’s fault. It’s very specifically somebody’s fault, even if there are a lot of somebody’s involved. And those somebody’s have no right to bring any of the innocents into this; innocents have been harmed enough. Those somebody’s need to be exposed. Then what? I don’t know. That, I suppose, is for every individual state to decide. I don’t particularly condone the contemplation of violence, even if it grants one catharsis to do so in situations such as these. There has been enough violence and sickness done already. My stomach is in knots. 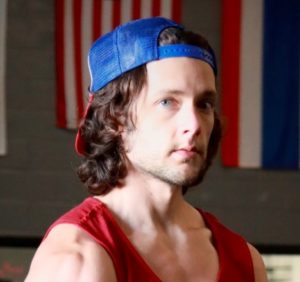 About Pat: Writer, entrepreneur, and “re-converted” Catholic, Pat Flynn focuses his efforts on helping others find happiness and wholeness through fitness, philosophy, and religion. He is the author of four books and host of the podcast The Pat Flynn Show, where he teaches listeners about Generalism, that is being good to great at many things, rather than the best at just one, and combining those talents in a unique stack to better themselves and the world.

The Pro-Life Arguments You Need to Know