I’ve been following Haley over on Instagram for awhile so when her new book The Grace of Enough: Pursuing Less and Living More in a Throwaway Culture came out recently, I sent her a message pretty much immediately asking if she’d come on the podcast to talk about, well, everything.

Obviously her book but also Catholicism, converting, family, babies, Millennials, clergy scandals, and more. It was a packed half hour that we spent together, and I’m excited to get to share this one with you.

But first, let’s talk about Millennials for a minute. They get a bad rap, don’t they? Accused to laziness, narcissism, disconnectedness, and obsession with social media, Millennials are basically the generational punching bag at the moment. Some of it is warranted. But Millennials may have less culpability in others considering they were raised in the era of McMansions, watched the World Trade Towers fall live on TV during critical formative years, and came of age in the secular crisis of the 2008 recession and the birth of the smartphone. Tentatively, they’re now stepping out of their parents’ homes maybe for the first time amidst great turmoil in the United States, a lack of confidence in the future, and a general malaise towards God and religion.  They’re more depressed and lonelier than any other generation before them. They were raised on plastic everything.

In short, Millennials just make sense given all the circumstances surrounding the world they grew up in and the one they will be inheriting.

But as Haley and I talk in this episode, it’s not so doom and gloom as it might appear or as research polls may suggest. “Hipsters” have pushed for a return to the aesthetic, a return to real things of higher quality, not just quantity, that they can touch, taste, feel, enjoy, experience. Does this mean also they’re ready to pull themselves out of the “buy more stuff” rat race and return to simplicity? Perhaps. And how will they do it? Well, with a guidebook. And Haley’s book may just be that.

You can download the episode with Haley directly here. Or listen over on iTunes, Stitcher, or Google Play.

Find Haley at her blog Carrots for Michaelmas and don’t forget to pick up a copy of The Grace of Enough. 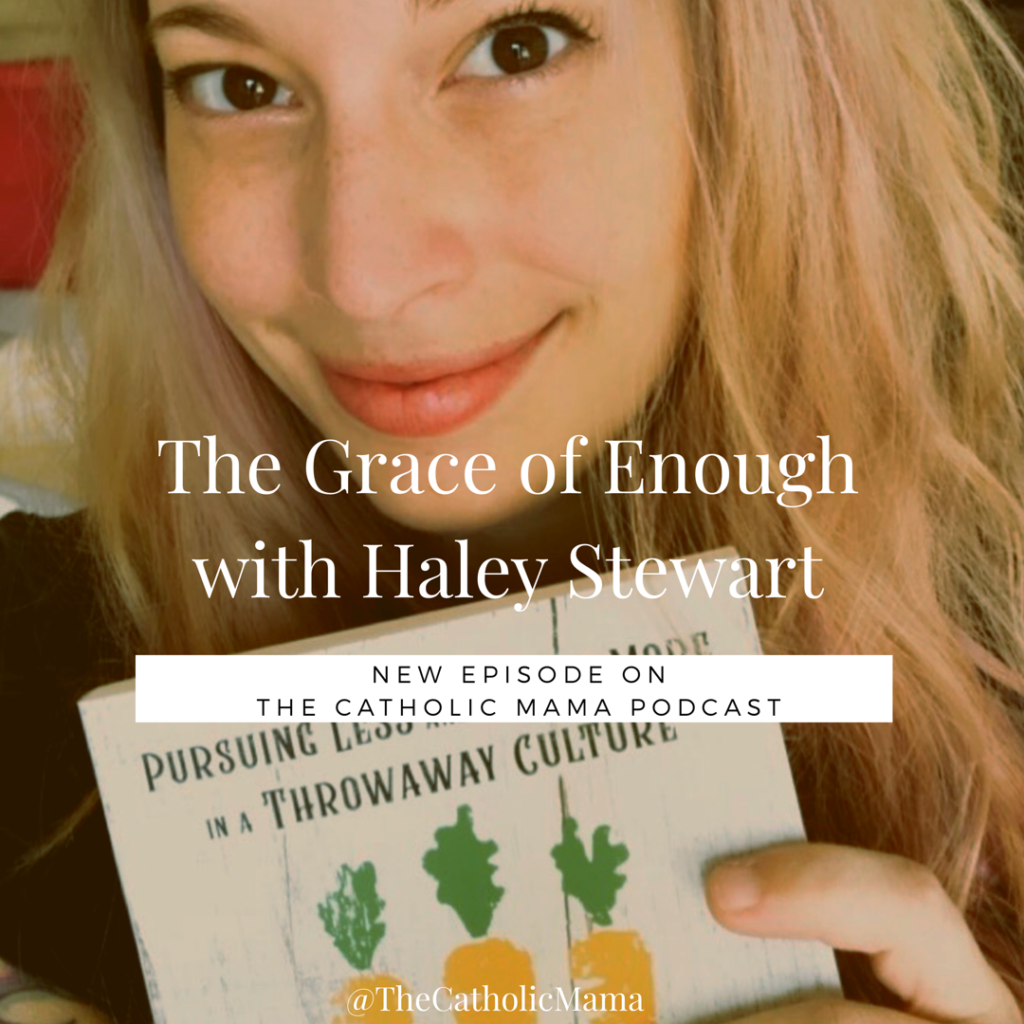