My husband wrote a piece for WordOnFire.org on objective morality and why it trumps moral relativism at every point. I’m sharing the article below, but do click through to Word on Fire and have a look around their website if you haven’t already. They do really, really excellent work, and I can say without reservation that both Word on Fire and Bishop Robert Barron helped push me to reexamine my faith, bringing me into the Catholic fold.

Can You Be Moral Without God
By: Pat Flynn

A few weeks ago, I had the opportunity to dialogue with a few atheists about the meaning of life, morality, and so on. The person who brought the conversation together began the discussion by saying atheism doesn’t imply nihilism and that she was becoming rather impatient with those who imply such a thing, wagging her finger at theists, saying her life without God has been very happy—very happy, indeed. I took the opportunity to respond and say how I don’t think any theist who’s thought deeply on the matter would suggest that to be exactly the case. I said what most theists would say is that an atheist doesn’t haveto be a nihilist, but also has no good reason not to be a nihilist. She asked me to explain what I meant.

I said it starts with an understanding of what the atheist worldview implies, and that starts by being clear on the definition of atheism, which she agreed is the notion that there is no God. So, this was no mere agnosticism, no appeal to ignorance on the matter, but a claim to the end that nature is all there is—no supernatural entities, no transcendent all-powerful Polenta Loaf, no God of any kind. I was happy to have the initial clarity around this, since many of my discussions with atheists often devolve into semantic quibbles about what exactly a person means when they say they’re an atheist. But not this time. So, that was nice.

I then went on to explain as best I could the theist position: I said what philosophers who believe in God would say is not that an atheist can’t experience a happy or fulfilling life, just that since on the atheistic worldview there’s no explanation for objective meaning, value, or purpose to life, any meaning, value, or purpose a person does find is simply an illusion—or, to be more direct, a delusion. Remember (I continued) that on naturalism, it’s all a cosmic fluke, and ultimately nothing we do is going to make any difference in the end, either for ourselves or others, since the universe will (in due course) freeze over, matter will collapse, and life in all its forms will be completely snuffed out. So, there’s at least that to think about. But that doesn’t mean you can’t still look forward to what you’re having for dinner, so long as you don’t spend too much time thinking about it.

I reiterated that none of what I just said implies a person can’t find subjective meaning in life. Of course they can. But having subjective meaning is quite different than having actual meaning. For subjective meaning (at least on atheism) is nothing more than an evolutionary advantage to help one get through the absurd existential quagmire of life, and if sticking to that delusion is, in fact, helpful, then by all means, who am I to make you think through all the existential implications of, um, uh, well, atheistic existentialism, I suppose? I just don’t think it’s a consistent position to hold, especially since many atheists are quick to condemn theists of holding to a delusion. Why should they? So, I said, you can be happy as an atheist to the extent you’re willing to live inconsistently with your philosophy, or you can be consistent to the extent you’re willing to live unhappily. I then likened back to when I was an atheist, and how I rather despaired in my nihilistic contemplations, and how not even the prospect of lobster ravioli could cheer me up.

At this point someone interrupted to call my viewpoint naive, since his life is full of meaning and purpose and that he needn’t dwell in “some fantasy world made up centuries ago to control the masses” to be a good person or a role model for others. And—he wanted to be clear—he’s an atheist.

I said I thought that was all well and fine, but that I don’t think he understood the argument, exactly. So I echoed the point that while I believe every person should strive to be moral inspiration to others, the more fundamental question is: “Why?” And I said on atheism I just don’t see any good reason for it, aside that it makes you feel a certain way. But what about for the person who feels a certain way engaging in acts that many of us would consider patently obscene—pedophilia, cannibalism, chewing with one’s mouth open, etc.? What about the person who finds a likeable feeling there, and who wants to be an inspiration for other potentially aspiring cannibals and so on? Surely we can imagine if we rolled the evolutionary dice again, we might generate a species that does more regularly engage in such mayhems, and finds them to be altogether attractive, productive, and moral.

I said it seems to me that in a godless, pitiless, and random universe, where all morality and meaning are merely the result of bio-evolutionary happenstance, we have no reason to think that any sense of meaning or morality is either valid or binding—that it exists independent of our thinking about it. Now, that doesn’t mean we still can’t have a sense that it is; in fact, almost all of us do, and that goes for both theists and atheists alike. So, thank God for that.

At this point the objector said my view of morality seemed too simplistic. He then suggested something about me thinking if people didn’t believe in Jesus, they’d all be cannibals, and I suggested that was not quite what I had said. Another objector then joined the fray and asked if I could clarify my position, because he thought I deserved a fairer hearing than what was going on. I said I would.

The first distinction (I said) that needs to be made is one between moral epistemology (how we come to know about morality) versus moral ontology (what is morality as such). I would never claim—and, in fact, have never claimed, so far as I can remember—that people could not be moral without belief in God. That’s just silly-sauce. Many of my best friends are atheists or agnostics with whom I would entrust my life. They’re good people, and I love them.

That said, how we come to know about morality—whether through church, schooling, parents, genetics, etc.—does not tell us everything we need to know about morality as such. To suggest otherwise is likely to commit the genetic fallacy—that is, to say that because you can explain how you came to know a thing, you’ve explained the thing exhaustively, often in attempt to either validate or invalidate a position around it. It would be like saying the only reason you think 2+2 = 4 is because your brother said so, and everyone knows your brother’s an idiot when it comes to math. That may be true—maybe your brother is an idiot when it comes to math—but that does nothing to tell us whether 2+2 does, or does not, in fact equal 4. That’s something we need to evaluate independently from how we came to know about it—that is, its epistemological originations.

Well, the same is true of the existence of the outside world, which may be a better example, now that I think about it. Because even if we can explain much of how we came to know of the outside world through the evolution of our senses, does that explain everything about the outside world? I think most would say it almost certainly does not, which is why we run experiments on it and think philosophically about it.

Now, perhaps morality is just an illusion fabricated by the evolutionary process—in other words, there’s really nothing “real” to it; it’s merely around for its survival benefit and social utility. On atheism, in fact, that seems to be the only plausible explanation for it: that morals are not objective and do not exist in any sense of “truly right” or “truly wrong,” but rather as subjective preferences, likes and dislikes, tastes and distastes. On theism, however, we do at least, and indeed, have the proper and necessary ontological grounds upon which morality (and meaning) can be discovered rather than invented—and obviously we know what those grounds are, even if we haven’t completely figured out all there is to what’s being grounded there, how it works, and so on.

Now, to simplify the argument—even at the risk of making it simplistic—you can be moral without belief in God, but you cannot have objective morality if God does not exist.

But again, none of this is to say atheists can’t be or aren’t good people, or that theists can’t be or aren’t bad people. Clearly, there’s quite a mix of both moral atheists and immoral theists. But that’s not the point I was making. The point I was making is without that transcendent anchor point, we have no basis in which moral values and duties can be secured as something objective—and yet, it would seem that objective moral values doexist; that they are as real to us as the existence the external world; and it seems that unless and until we have an extremely compelling reason to assume otherwise (which, so far as we anybody can tell, we don’t), we should continue to accept them as such. So, what does that tell us?

Well, I think it tells us that God exists.

Now, at this point the objector returned to say this is why you never argue with a philosophy major, since they will spend half an hour arguing over whether 2+2 = 4, when, in his world, as an engineer, 2 + 2 always equals for. Once again, I suggested that wasn’t quite the point I was making.

Writer, entrepreneur, and “re-converted” Catholic, Pat Flynn focuses his efforts on helping others find happiness and wholeness through fitness, philosophy, and religion. He is the author of four books and host of the podcast The Pat Flynn Show, where he teaches listeners about Generalism, that is being good to great at many things, rather than the best at just one, and combining those talents in a unique stack to better themselves and the world.

Pat can be found at www.chroniclesofstrength.com 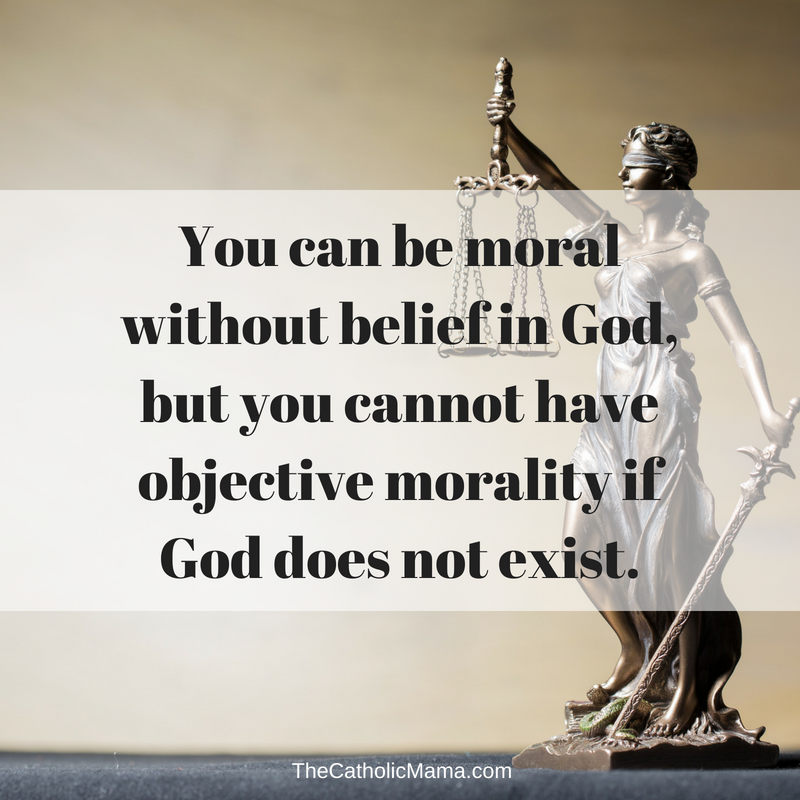 EP 37: Taking Your Seat at The Catholic Table with Emily Stimpson Chapman