I attended a baptism class not too long ago. Every other couple in the class came with a very tiny baby in tow. They were nervous and uncertain. Parenting was new to them.

My husband and I practically skipped into the building. All three kids at home with a babysitter? Crossing a parking lot without a sense of dread that any moment a car manned by some mustachioed villain might speed around a corner and decimate half the family if we weren’t holding hands? That’s freedom, I tell ya.

So we all went around the room – the library of the parochial school attached to our St Patrick’s – mentioning how old our kids were. Other than us, the oldest was four months old.

And here we were, relaxed, enjoying a few moments without our little dears clambering all over us. “We have three kids – four years old, two and a half and a seven month old.”

And when those little ones get baptized come summer, they’ll go all in one shot. With three at once, we get our own private baptism. No making other families wait longer than necessary for our troop to be brought into God’s Kingdom.

I’m so happy for my children that they’ll be baptized and claimed for God. Although I do wonder if we’re up to the task to let them know what that means exactly. We tell them they don’t know how good they have it, with a mother who loves to cook. They eat great food all the time (at least I like to think so), but they don’t know it. Instead they make sure I know they don’t like the vegetables. Will it be the same with their faith? Perhaps that’s another blog post.

Anyway, we were sitting the baptism class, and another married couple, also with three children,  led it. And something they said stuck out to both my husband Pat and I. The wife spoke of a woman’s program at the church called Walking with Purpose, an apparently life-changing course and a group that meets weekly to uncover the secrets to living a better fuller life as described in the Bible (I’m excited to jump into it this fall, when it starts back up). And she said, “As mothers, as caretakers, it’s about filling yourself up so you can go home and fill up everyone else.”

I related to that mental image immediately. Any time I went out with friends or had a date night, I did feel filled up. The tank had been topped off. I was kinder the next day, more patient, happier to give myself to my household.

But since starting the RCIA classes in preparation for my baptism this Easter, I came home filled up in a different way. Like feasting on a five-course meal, when what I’d been used to was moo goo gai pan. I felt fuller. Instead of an hour and a half spent trying to fill up on food and wine, I had been filled by the hope and glory of God’s Word. The peace I felt lasted longer, was felt more deeply. I learn things in those weekly classes that make me think and feel in away I wouldn’t have before.

They both have their purpose. Filling myself up on the companionship of my friends, swapping stories and laughing over parenting fails is so important to me as a social creature. It takes a village and we, as the servants and shepherds of our families, need that time.

But you need to be filled up in a way that feeds your soul, too.

A weekly Bible study, adult faith formation, RCIA, faith-based meet ups. We need these things to deepen our faith beyond the weekly Mass. Because it’s in those moments that we grow, and in the Mass we feel that growth. Those moments are like practice before the Big Game. We learn more about our faith, we learn how to apply it, we pay more attention to it. And then during Mass, the Big Game, we are able to open ourselves more completely than the last time, because prior to even showing up, we’ve been filled up, expanded, by the truth. We are ever more ready to receive. 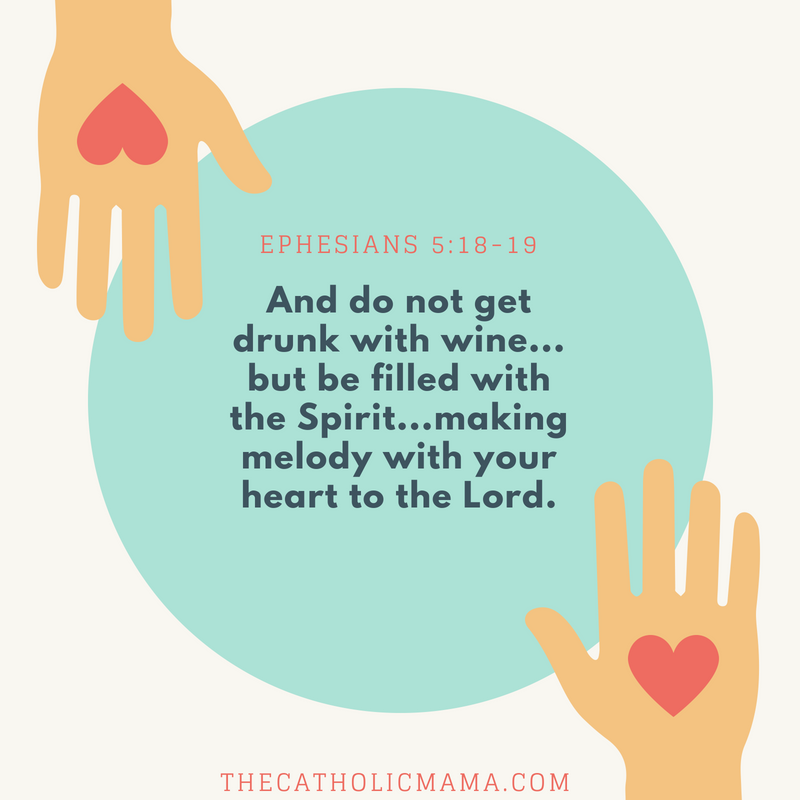 EP 93: What Catholics Should (and Should Not) Read