And so begins the Pick Your Own season. Bookended by strawberries in late spring and apples and pumpkins in the fall, PYO elicits nostalgia, sun-warmed fruit staining your lips and hands, eating as much in the field as you harvest in your bucket. Of course, it’s a mess, too. Bugs, squishy fruit, the hot sun…but it’s the kind of mess that’s worth it, and even though it’s considerable work, heading to our local PYO farm is one of my favorite things to do as the weather warms up. 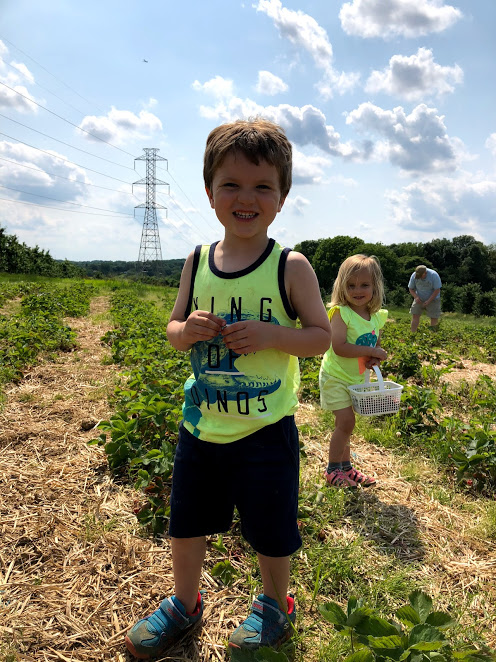 Strawberries are always our first stop for the season. Last year when we went, the kids mostly just ate and when the baskets were a quarter of the way filled up, they declared they were done. But this time, they were surprisingly industrious, each picking about three pounds of berries before they realized there was even an option to eat them. As soon as they did that, the picking was definitely over and then we just sat in the straw and happily ate. 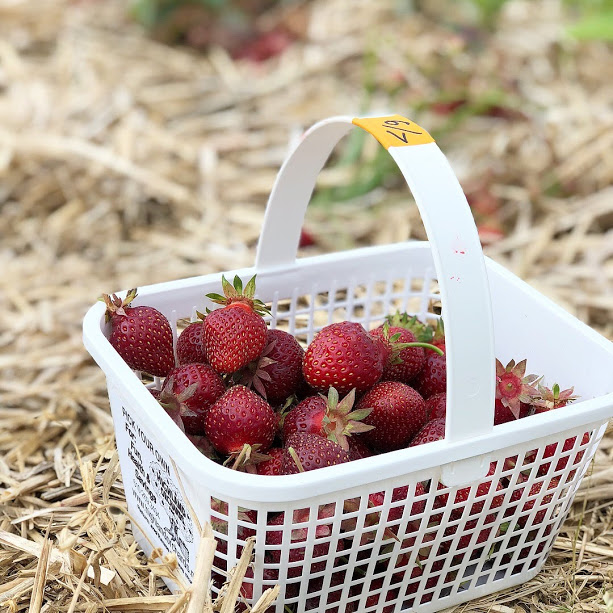 I like the idea of processes, to teach the kids how we can start with one thing and end up with something very different.

I’m also a big “from scratch” person. I like the idea that I can do the entire project myself. Lends even more of a feeling of accomplishment to the whole thing.

It can be utterly inconvenient but when it comes to including the kids in practical life skills, it’s not so much about convenience as it is about learning and experiencing. I’ve discovered that if I actually do have to get something done in a particular way and it has to look “just so,” then I do whatever that project is when the kids are asleep or preoccupied elsewhere. Otherwise, I include them and it becomes a bit of an adventure.

So with our strawberries harvested, we started brainstorming for ideas on strawberry desserts and decided on a cheesecake. And what we came up with was this really tasty and soft no-bake strawberry cheesecake. The crust, made with coconut and almond flours and honey, is gluten-free and paleo (easily used in other recipes as well) and the cake itself is sweetened only with a touch of maple syrup.

We decorated it with whipped cream and then at my kids’ insistence, we also added a ridiculous amount of sprinkles. At which point they started singing a remix of “Happy Birthday” and “ We Wish You a Merry Christmas.” 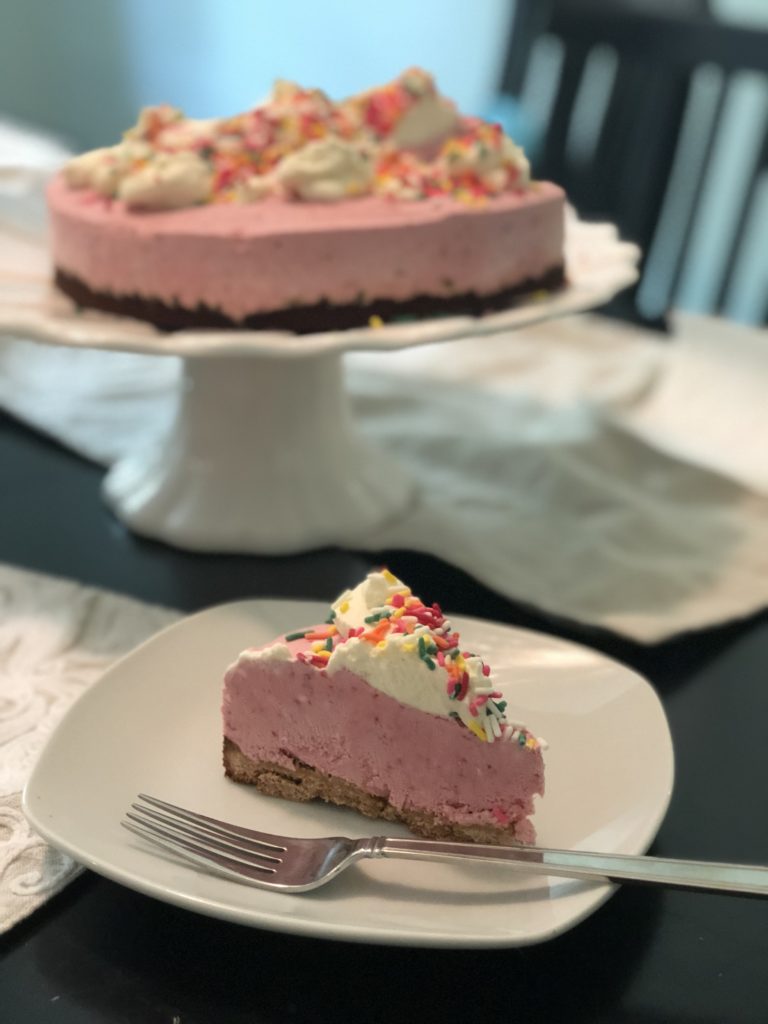 For the crust – recipe adapted from Against All Grain 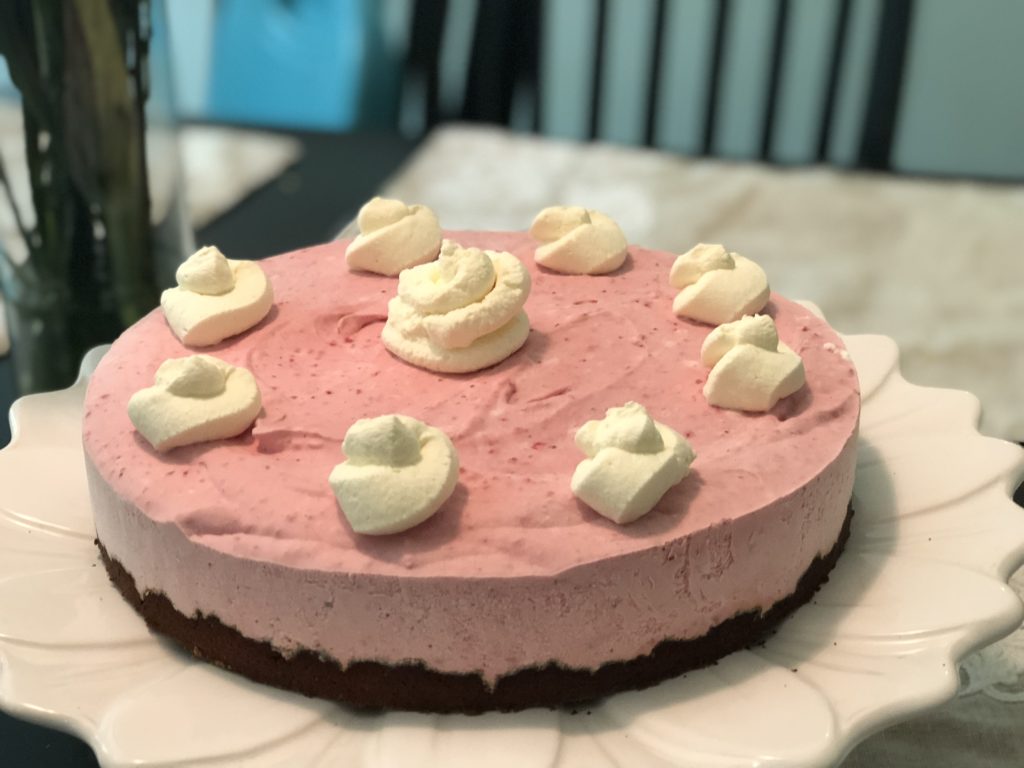